Home / News / End of an era in Telugu Literature!! 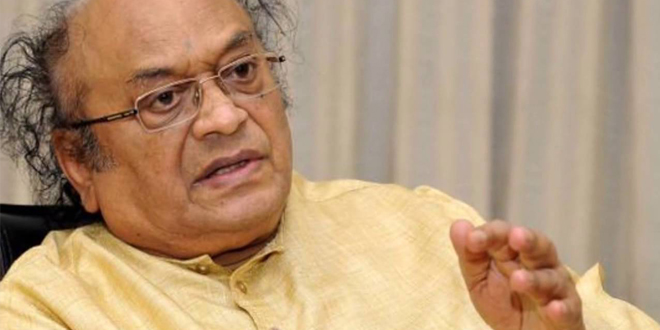 End of an era in Telugu Literature!!

Even before Telugu film industry is yet to come to terms with the passing away of legendary filmmaker Dasari Narayana Rao, the industry has lost one more stalwart. Noted poet, lyricist, Jnanpith awardee writer C Narayan Reddy, popular as CNR, passed away.

Celebrated doyen of Telugu literature,C Narayana Reddy, 85, breathed his last at his residence in Hyderabad on Monday morning. The noted litterateur was rushed to the hospital following health complications but was declared dead on arrival. And the news of his death led to a deluge of condolences on social media with film personalities, politicians, artists, poets and writers posting tributes in memory of the 1992 Padma Bhushan awardee.

Share
Previous Abhishek to take over Sriwass-Srinivas Project!!
Next The Legend’s last song…?