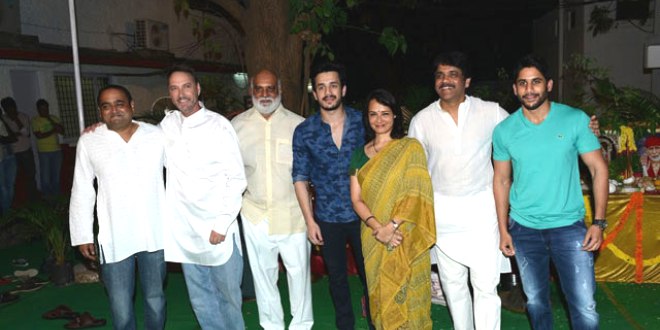 Akhil is son of King Nagarjuna. The young actor had launched his second movie after the movie, ‘Akhil’ directed by VV Vinayak and produced by his close friend, Nithiin, became a disaster.

Even though the movie secured some openings due to the huge buzz created on the project. But the young actor went into depression post release and even his father, Nagarjuna took an oath to correct the mistake with his second movie.

Accordingly, even though Akhil tried to come up with many combinations with young directors, his father waited till ‘Manam’ director, Vikram Kumar became available. The director was supposed to direct a movie with Allu Arjun in Geeta Arts production, but with Arjun accepting a movie with Harish Shankar, he became free and Nagarjuna immediately, confirmed him as the director for his son Akhil’s second movie.

Even though earlier, the movie was supposed to start in November, the makers wanted to finalise the script without any issues. As Nagarjuna was not completely satisfied with first script, Vikram came up with another script and till, everyone was sure about it, the makers did not want start the movie.

Finally, the team completed pooja ceremony on Sunday evening and the movie shooting is supposed to start from first week of April. At the function, Nagarjuna, Akhil, Amala, Naga Chaitanya also participated with director Vikram Kumar.