Home / News / Tollywood had nothing much than Baahubali this summer!! 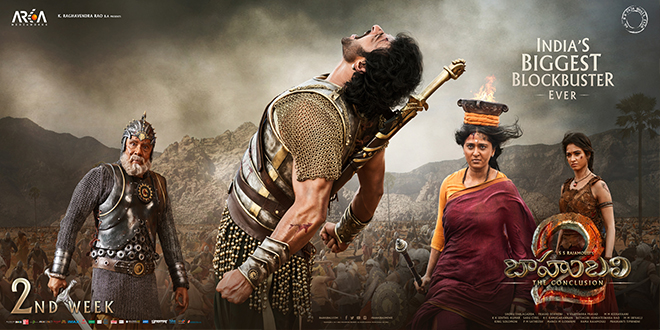 Tollywood had nothing much than Baahubali this summer!!

Tollywood box office flourished this summer thanks to ‘Baahubali 2’, which itself raked in Rs 200 crore share in the Telugu states. However, if calculate the number of hits, only 2 films (except Baahubali 2) managed to satisfy both the producer and distributors.

2017 summer started with a flop, Pawan Kalyan’s Katamarayudu. No other biggie released this summer in order to maintain safe distance from Baahubali 2. Hence, we have seen a slew of small and medium budget films hitting screens. Unfortunately, most of them failed to score brownies at box office.

Before the release of Baahubali 2, Venkatesh’s ‘Guru’ managed to make everyone happy primarily because of the tight budget the film was made on. After ‘Baahubali 2’, we have seen two average films – Sharwanand’s ‘Radha’ and Nikhil’s ‘Keshava’. Both these films took a flying start at box office but couldn’t turn profit for distributors. The second hit of this summer came in the form of ‘Ra Randoi Veduka Chooddam’ starring Naga Chaitanya and Rakul Preet Singh.

With both Ra Randoi and Baahubali 2 slowing down at box office, exhibitors have pinned high hopes on the upcoming biggie, Allu Arjun’s DJ. They expect the stylish action entertainer to set box office on fire and start the monsoon season with a bang. Film goers hope the second half of 2017 to be better.

Young Tollywood hero Rahul Ravindran who has impressed with his on-screen performances, is gearing up …