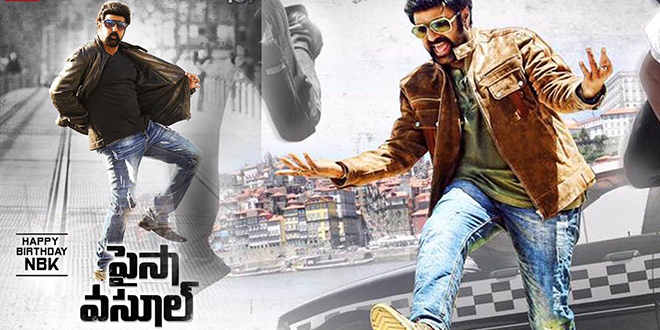 Balayya to dance on his father’s hit song..!!

The album composed by Anup Rubens for Balakrishna Nandamuri’s upcoming film ‘Paisa Vasool’ will have a treat for Nandamuri fans.

Balayya himself revealed that ‘Kanti Choopu Chebuthundi… Konte Navvu Chebuthundi’ song from his father Sr NTR’s “Jeevitha Chakram” (1971) had been remixed in ‘Paisa Vasool’. The original song was composed by noted Bollywood music director duo, Shankar Jaikishan. Anup Rubens has already completed the remix of this classic hit song. To be filmed on Balayya and film’s leading lady Shriya Saran, the song is expected to be one of the highlights of the film.

Nandamuri fans were hugely worried regarding the film’s music as Anup Rubens has yet to prove his mettle in composing for mass movies. With the incorporation of this hit remix song, their concern may diminish to some extent.

Paisa Vasool is slated to hit screens on September 29.

Share
Previous The Legend’s last song…?
Next “… Bullet” in trouble…!!!