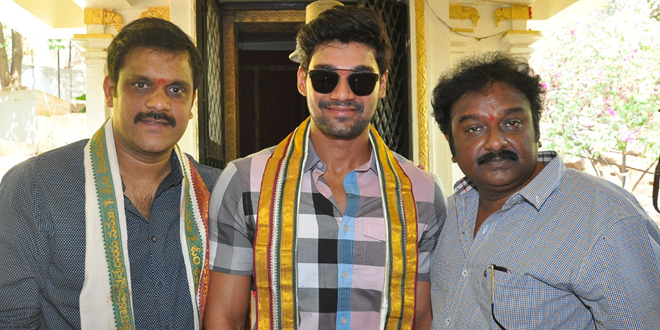 Abhishek to take over Sriwass-Srinivas Project!!

There is new addition to director Sriwass and young hero Bellamkonda Srinivas film. Producer Abhishek, who said to have impressed with the film’s script, has taken over the project. Abhishek has an old commitment with hero Srinivas. He was supposed to bankroll a film with Bellamkonda Srinivas and Boyapati Sreenu film. But later, he was replaced by Miryala Ravinder Reddy.

This is going to be Sriwass’ sixth film and the director says that this will be totally different from his previous works. Touted to be a big-budgeted film with ensemble cast and top technicians, the film is going to have a new story with interesting screenplay.

Stylish actor Jagapathi Babu, Ravi Kishan and Madhu Guruswamy (Kannada actor) will be seen in prominent roles in the film. None other than, ‘Rockstar’ Devi Sri Prasad is going to compose music. “Baahubali” fame Peter Hein is action choreographer and  Arthur A Wilson handles camera. Popular writer Sai Madhav Burra is penning the dialogues. Kotagiri Venkateswara Rao is the editor and AS Prakash is the art director. To be shot in India & abroad in beautiful locations, the film’s regular shoot is going to begin from June 12. A noted heroine is said to be in talks for the film opposite Srinivas.

Share
Previous Ram Charan and Sukumar to take us back in time..!!
Next End of an era in Telugu Literature!!