Home / News / Tamannaah and Sundeep to work with Aamir’s director 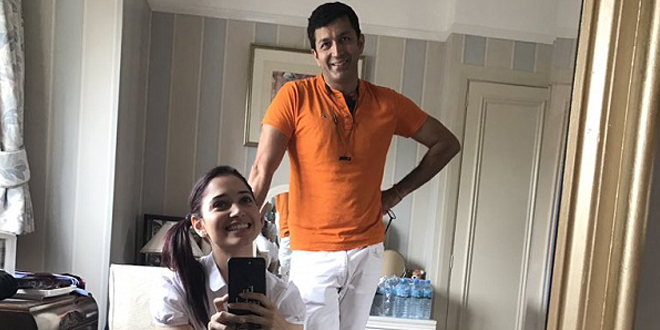 Tamannaah and Sundeep to work with Aamir’s director

After 23 long years, a Hindi director is going to helm a Telugu film. The last was Nagarjuna’s Criminal directed by Mahesh Bhat in 1994. Thanks to the super success of Baahubali films, Bollywood is now looking up to South especially Tollywood. The latest we hear is that Hindi filmmaker Kunal Kohli is all set for his Telugu debut. This is going to be a female-centric film.
And Tamanna has been zeroed in on to play the protagonist. Kunal Kohli is popular for 2006 film Fanaa that has Aamir and Kajol in the lead. Hence, his Telugu debut is drawing good buzz even before it hit the floors. It’s learnt that the film is going to be shot in London extensively.

This is not all. Young hero Sundeep Kishan is also roped in for a significant role in the film. If all goes as per the plan, the film is going to begin its shoot in June.

Share
Previous SDT to pair-up with Vinayak for his first big-budget film
Next Tapsee is back with Anando Brahma!!