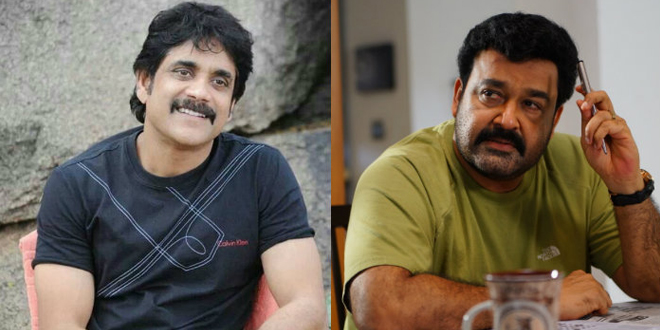 Nagarjuna Akkineni, who has put on his experimental shoes, is contemplating to play the role of mythological character Karna in Mohanlal’s “Mahabharatham’ which will be made with a budget of Rs 1000 crore. The news has been revealed by Nag himself.

During a recent media interaction, Nag divulged, ‘I was approached by makers of Mahabharatham to play the role of Karna. I am aware of how hard filmmaker Shrikumar Menon has been working for past few years to make the epic film based on Vasudevan Nayar’s ‘Randamoozham’ novel. They had first approached me two years ago and they have once knocked my door now. I was promised that my role will be a prominent one. I will share compete details after I go through the final narration of my part’.

Nag has slipped onto diverse characters in his three decade long career. It will be interesting to see how well he can enact the character of Karna in the highest budgeted Indian film. Mohanlal is essaying Bheema in the film.

Share
Previous Raabta in trouble!!
Next Glimpse Of SPYDER