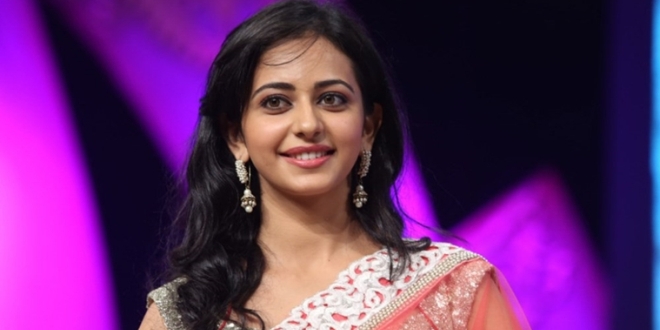 Rakul Preet Singh is an Indian Film Actress and model who predominantly works in Telugu film industry. She has also appeared in a few Tamil, Hindi and Kannada films.

Rakul Preet Singh Born in a Punjabi family in New Delhi, Rakul did her schooling from Army Public School, Dhaula Kuan and later studied Mathematics at Jesus and Mary College, University of Delhi. She has been an active golf player and played nationals.

Rakul started a modelling career while in college, during which she also made her acting debut in the Kannada film Gilli’ (2009). In 2011, she participated in the Femina Miss India pageant in which she was placed fifth and won five pageant titles, including ‘Miss India People’s Choice’. She subsequently opted to become a full-time actress, making her Telugu debut in ‘Keratam’ the same year and her Tamil debut in ‘Thadaiyara Thaakka’, the following year. In 2014 she also made her Bollywood debut in ‘Yaariyan’ in which her performance was better received.

in July 2016, she signed AR Murugadoss bilingual film opposite Mahesh Babu, replacing Parineeti Chopra as the latter could not adjust her dates. In September 2016 she signed another Telugu film directed by Kalyan Krishna starring opposite Naga Chaitanya. In Dec 2016, she has signed her next film titled ‘Theeran Athikaram Ondru’ to pair against Karthi.

On 20 February 2016 she started her own gym called F45 in Gachibowli, Hyderabad.