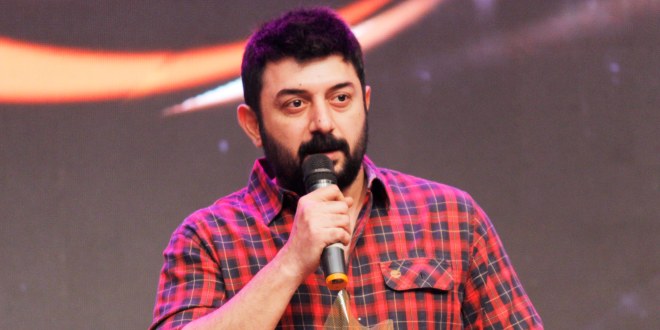 Arvind Swami is an Indian Film Actor, Model, Entrepreneur and Television Presenter known for his work in Tamil cinema.

Arvind Swamy was born in Tiruchirappalli, Tamil Nadu to television actor Delhi Kumar. At an early age, he was adopted by his uncle, industrialist V. D. Swami. Swamy studied at the Sishya School and later in Don Bosco Matriculation Higher Secondary School and completed his schooling in 1987. He then graduated from Loyola College, Chennai in 1990 with a Bachelor of Commerce degree. He then went to the United States to do his Masters in International Business from Wake Forest University in North Carolina.

Arvind Swamy wished to be a doctor. In college, he used to be a model for pocket money. In his Loyola Theatre Society, he wasn’t well received and was asked to get off stage. Later on Mani Ratnam saw him in an advertisement and called for a meeting. Then he and Santhosh Sivan introduced him into the basics of film making.

He initially wanted to come back to films after 4–5 years, but was physically injured. The treatment took another 4–5 years. After his successful treatment, Mani Ratnam called him once more to play a role in one of his films, ‘Kadal’ (2013) for which Swamy lost 15 kilograms.

In 2013, he provided the voice-over for Santhosh Sivan’s film Ceylon. In 2015, he acted in a negative role in ‘Thani Oruvan’, for which he was praised and received positive reviews for his acting.