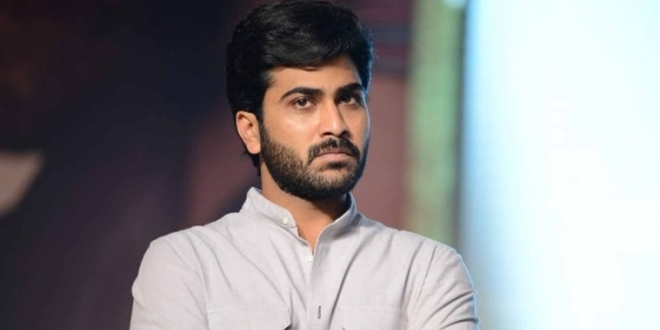 Sharwanand Myneni is an Indian film Actor known for his works predominantly in Telugu cinema and a few Tamil films.

Sharwanand was born in Vijayawada, India to Mr.MRV Prasad Rao and Vasundhara Devi. He has done bachelor of commerce from Wesley’s, Hyderabad. During his college days, he was selected as “The Hindu’s Best New Face”. Sharwanand is also a trained dancer and very passionate about movies. At the age of 17, he attended Kishore Namit Kapoor Acting Institute in Mumbai.

Sharwanand hails from a very close knit business family. He was a classmate of Ram Charan and Rana Daggubati. His cousin Ram Pothineni is also an actor in the Telugu film industry. Sharwanand’s brother is married to Ram Pothineni’s sister.

Sharwanand first came to media attention in a Thumbs Up advertisement with Chiranjeevi. He started his career appearing in supporting roles in most of the films. He made his acting debut in Telugu with 5va Tareeku in 2003. Later, he shared screen space with popular stars like Chiranjeevi in ‘Shankar Dada M.B.B.S’. and with Venkatesh in ‘Sankranthi’ and ‘Lakshmi’.

He rose to stardom with ‘Vennela’ and ‘Amma Cheppindi’. Films like ‘Gamyam’, ‘Andari Banduvaya’ and ‘Prasthanam’ won him accolades. He then forayed into Kollywood with ‘Kadhalna Summa Illai’, a remake of ‘Gamyam’ but it did not perform well at box office. His second Tamil film was ‘Naalai Namadhe’ directed by Vinayan. His third film was ‘Engeyum Eppodhum’. In 2012,under his banner Sarvaa Arts, he became a Producer with his film, Ko Ante Koti.

He got his commercial breakthrough with the film, Run Raja Run which was one of the blockbusters of the year 2014. This film, produced by UV Creations, was the second venture after their first blockbuster film, ‘Mirchi’. Sharwanand’s portrayal of the lead, Raja, won him accolades. His new look in the film with bright and colourful outfits is an added boost for his character’s portrayal. His next film ‘Malli Malli Idi Rani Roju’ with Nithya Menen directed by Kranthi Madhav received positive applause from critics and ran as a decent movie.His next film is ‘Express raja’ which added one more hit to his credit

Sharwanand is also gearing up for this 25th film, which will be made by the noted producer BVSN Prasad in his production SVCC cinema.

In 2012, he received the Best Male Debut award for his work in the blockbuster ‘Engeyum Eppodhum’ at the 1st South Indian International Movie Awards.