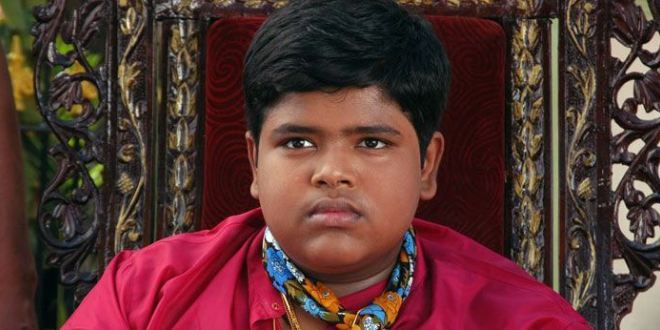 Master Bharath is a Child Artist, who is best known for his comedy roles in Tollywood films.he did tamil movies also.

Master Bharath was born in Tamilnadu. He has completed his schooling has pursuing college education. He is the recipient of numerous awards including Nandi Award for Best Child Actor for ‘Ready’, Nandi Award for Best Child Actor for ‘Bindaas’. He is the huge fan of Kamal Hassan and believe his philosophy “How big you may be, see one and all with same outlook”. His ambition is to become a doctor. But he left the decision to his mother as he feels that she is the best guide. He is the top ranker student who has also gained much fame in films.

He is one of the popular comedians in the Tollywood industry and has done around 35 films. He manages both his education and films amazingly. He has established himself as a comedian in the films like ‘Panchathanthiram’ 2002. The adorable actor Master Bharath has done many film including ‘Autonagar Surya’ (2014), ‘Doosukeltha’ (2013), ‘Baadshah’ (2013) and many more.

Master Bharath is more affectionate towards his mother. Master Bharath is thankful to his uncle Seenu Vytla for recognising the actual artist in him and also helped him in starting his career in films.