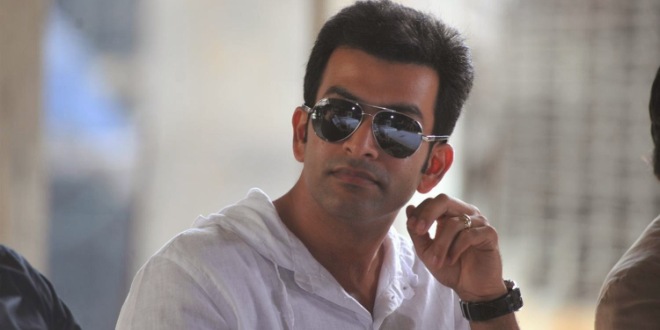 Prithviraj Sukumaran is an Indian Film Actor, Producer, and Playback Singer best known for his work in Malayalam cinema. He has also acted in Tamil, Telugu, and Hindi films.

Prithviraj Sukumaran was born in Thiruvananthapuram to actors Sukumaran and Mallika Sukumaran. His initial schooling was at Shrine Vailankanni Senior Secondary School, T. Nagar, Chennai and St.Joseph’s Boys’ Hr.Sec.School, Coonoor, since the family was settled at Tamil Nadu that time. Later when the family shifted to Kerala he had his education from The NSS Public School Perunthanni, St.Mary’s Residential Central School, Poojappura where he acted in various plays and skits for the school’s Annual Day Celebrations. He completed the rest of his school education at Sainik School Kazhakoottam and Bharathiya Vidya Bhavan, Thiruvananthapuram. He also participated and lost in debates and elocution competitions while in school. Prithviraj won the title of “Mr LA Fest” in the Annual Inter-School arts festival hosted by Loyola School, Thiruvananthapuram in successive years and is the only person to date to win that title twice.

While pursuing his bachelor’s degree in Information Technology at the University of Tasmania, Australia,he was called for a shot in the movies by film director Ranjith Balakrishnan to play the lead role in his film ‘Nandanam’. It was Fazil, a well known Malayalam film director, who introduced him to Ranjith. After his performance in Nandanam, he decided to take a break from studies to concentrate on his film career. Prithviraj’s elder brother Indrajith Sukumaran and sister-in-law Poornima Indrajith are also film actors.

In a career spanning over a decade, Prithviraj has starred in over 90 films. Prithviraj produces films under his production company, ‘August Cinema’. He has won two Kerala State Film Awards for Best Actor and a National Film Award (as producer).

Prithviraj’smanu tamil and malayalam movies were also dubbed in telugu.