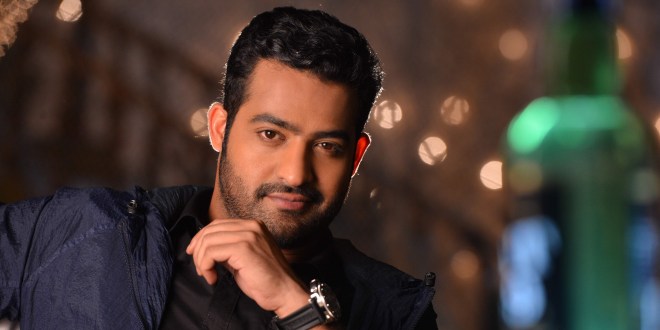 Rama Rao Jr. was born on 20 May 1983 in Hyderabad to Telugu film Actor and Politician Nandamuri Harikrishna and Shalini Bhaskar Rao. He is the grandson of Telugu actor and former Chief Minister of Andhra Pradesh N. T. Rama Rao. He did his schooling at Vidyaranya High School, Hyderabad, and completed his Intermediate education at St. Mary’s College, Hyderabad. He is a trained Kuchipudi dancer.

he starred as a child artist in ‘Ramayanam’, which won the National Film Award for Best Children’s Film for that year. His debut as an adult was in 2000 with the film ‘Ninnu Choodalani’.

In his film career, Jr. NTR has worked in twenty six films. He has won one state award, one Filmfare Best Telugu Actor Award and four CineMAA Awards. In addition to being a movie actor, he is the brand ambassador for several brands such as Malabar Gold, Himani Navratna Hair Oil and Zandu Balm in Andhra Pradesh and Telangana.

After the success of the debut film “Bala Ramayanam”, director Gunasekhar recommended Jr.NTR to director S. S. Rajamouli to act in his debut ‘Student No. 1’, during mid-2000 after being impressed with his performance in the auditions and his previous film ‘Bala Ramayanam’ However the film went under production for so long. He was later signed producer Ramoji Rao, and decided to work on the romantic drama ‘Ninnu Choodalani’ to make his debut as a full-time hero. By that time, he was only 17 in his debut film.

The film ‘Student No. 1’ directed by SS Rajamouli, became a success at the box office. The story was about a college student who was facing murder charges. There were remakes in Tamil and Hindi.

He then signed up for another debutant director VV Vinayak’s ‘Aadi’. For the first time, he played a youth cum action hero, who is trying to take revenge on a landlord for the death of his parents. The film was one of the highest grossers of 2002, He then signed up for veteran director B. Gopal’s ‘Allari Ramudu’. The film was an average grosser, but managed to run for more than 100 days. He then signed up for A. M. Rathnam’s political thriller ‘Naaga’. Though, the film received mixed to positive reviews, his dances became a hit among the audience in the film and his performance was critically acclaimed. He then collaborated with the same director SS Rajamouli for the action masala film ‘Simhadri’. He gave a new look, in order to get rid of the youth one, and grew a light beard. giving him the title of Young Tiger. He later quit youth films and started experimenting with faction dramas.

Jr. NTR later signed up Puri Jagannadh’s ‘Andhrawala’, which was an action drama. The director, had successful releases in the past year, and this film created a lot of hype. He played a leader of the village. The film was an expensive film made with a budget of ₹100 million. He then signed up another faction film, ‘Samba’ with his old director V. V. Vinayak. For the first time in his career, he experimented by acting in a family drama film ‘Naa Alludu’. He played a dual role of Karthik, a responsible man who has an aim to work in a good business company and Murugan, a Tamil- speaking villager who works in the business of coconut water.

He then collaborated with director B. Gopal for a film ‘Narasimhudu’ who was riding high on the success of ‘Indra’. later signed up for Surender Reddy’s ‘Ashok’. The film saw him pairing with Sameera Reddy for the second time. However, the film gained mixed to negative reviews, and became a financial failure for the producers.

Jr. NTR collaborated with director SS Rajamouli for the third and final time for a socio – fantasy film ‘Yamadonga’. For this film, he had to sport a new look by shedding more than 20 kg. as he used to be 94 kg. Veteran actors and actresses Mohan Babu and Kushboo signed up to act in this film. The film received extremely positive reviews, and later brought him back to the top league in Tollywood, and this film made him receive a Filmfare award for best actor in Telugu. Late actor Sobhan Babu praised Jr. NTR’s performance too.

Jr. NTR later signed up for the action film ‘Kantri’ which was directed by debutant Meher Ramesh a protege of Puri Jagannadh. The film though receiving mixed reviews, earned some attention, as Jr. NTR’s dances helped it. Jr. NTR’s dance steps in the song “I Go Crazy” and “123 Nenoka Kantri” were highly appreciated by many critics. In 2009, Jr. NTR took a year hiatus to campaign for Telugu Desam Party (TDP) in the 2009 general elections.

Jr. NTR signed up for the action-comedy ‘Adhurs’, in which he played dual roles for the third time after ‘Andhrawala’, and ‘Naa Alludu’. after a 1-year-hiatus. the romantic comedy ‘Brindavanam’ was directed by Vamsi Paidipally and produced by ace producer Dil Raju who is known for romantic films. He was paired opposite beauties Kajal Aggarwal and Samantha Ruth Prabhu. The film received positive reviews, became a commercial success.

Jr. NTR signed Boyapati Srinu’s fourth venture ‘Dammu’ opposite Trisha Krishnan and Karthika Nair. ‘Baadshah in which he sported a new look by straightening his curly hair, and growing a beard, in order to suit the don image. The film won positive reviews and became a commercial success plus comeback for Jr. NTR, after 3 colossal failures.

In 2015 he starred in ‘Temper’ with Kajal Aggarwal as the female lead directed by the ace director Puri Jagannadh. Following the success of Temper, Jr. NTR started working on his next venture ‘Nannaku Prematho’ directed by Sukumar.

Later in the same year, Jr. NTR starred in the September release ‘Janatha Garage’, directed by Koratala Siva, where he was cast alongside the Malayalam superstar Mohanlal. The film also starred Samantha Ruth Prabhu and Nithya Menen in female lead roles. It was released on September 1, 2016 along with a Malayalam and received generally favorable reviews. The film registered the highest opening for a Telugu film in 2016, and was the second highest Telugu opening of all time, behind ‘Baahubali: The Beginning’.

In the following year of 2017, Jr. NTR signed his next movie under the direction of K. S. Ravindra on N.T.R. Arts banner with his half-brother Nandamuri Kalyan Ram as the producer.