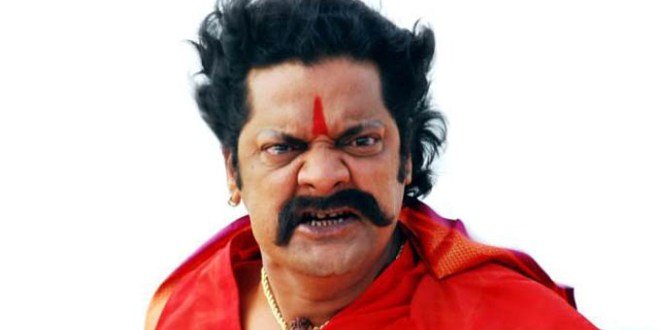 Ravi grew up as a child in Chennai, Tamil Nadu. Ravi’s mother Krishna Jyothi is a Kannada actress who acted with Kannada thespian Dr.Rajkumar and others in films like Sri Krishna Garudi, Makkala Rajya and others. Ravi’s father P.J. Sharma was also an actor and dubbing artist who worked in many Telugu, Kannada and Tamil films. His elder brother Sai Kumar entered in film industry as dubbing artist and became a very successful actor in Kannada later. He is married to a Punjabi woman, Suchil Ravi Shankar and the couple has one son named Adhvey Shankar. Ravishankar is all set to launch Adhvey as a hero in his own directorial film in Kannada.
Ravi Shankar made his film debut as a lead actor in 1986 with R. Narayana Murthy’s film ‘Aalochinchandi’.

He is the brother of Indian actor Saikumar Pudipeddi. He won eight state Nandi Awards for Best Male Dubbing Artist and one Tamil Nadu State Film Award for Best Male Dubbing Artist. He made his directorial debut with the Kannada film ‘Durgi’ in 2002. He also worked as a dialogue writer and penned dialogues for over 75 Telugu films and 150 Tamil films. He also worked as a playback singer for films such as ‘Rakta Charitra’ and ‘Bejawada’. He won his first Filmfare Award for his performance in the film ‘Kempe Gowda’ that gave him a big break in his acting career.

His dubbing work in the 2009 film Arundhati, where he voiced for Sonu Sood was praised by the critics and became very popular with the audience. He won a Nandi award for his performance and was referred to as ‘Bommali Ravi Shankar’ by the media there after only until his performance in Kannada Mega hit Kempegowda.

Ravi Shankar, after Kempegowda, became the top most and the busiest supporting actor in the Kannada Film Industry and went on to become a house hold name in Karnataka. He then acted in super hit films like ‘Manikya’, ‘Dandupalya’, ‘Adhyaksha’, ‘Charulatha’, ‘Bachchan’, ‘Edegarike’, ‘Varadanayaka’ and others. He was also seen in Telugu films such as ‘Kurradu’ and ‘Happy Happy Ga’a and in Tamil films such as ‘Vettaikaaran and Kollaikaran’.