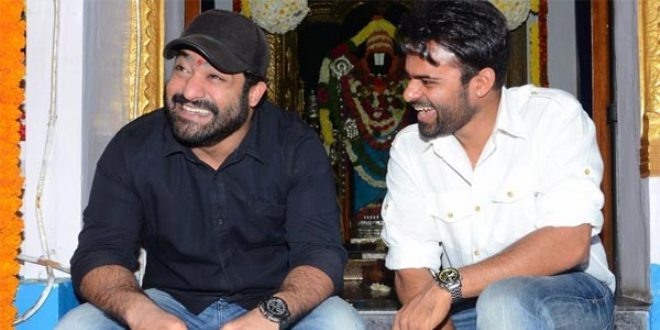 Actor Sai Dharam Tej Who was busy with series of films, started a new project today. Sai Dharam Tej’s next movie Titled “Jawan -Intiki Okkadu’’ is the tagline of the movie. This film is going to be an mass entertainer under the writer turned director BVS Ravi’s direction.

Young Tiger NTR and VV Vinayak are the guests of honor at the inaugural ceremony which took place at Film Nagar Temple this morning. NTR kicked off the shoot by sounding the first clap on Sai Dharam Tej.

Punjabi beauty Mehreen will be starring opposite to Sai Dharam tej and director Harish Shankar is producing this movie along with Krishna, a close associate of Puri Jagan and NTR. SS Thaman will be composing music for this film, it is his third movie with Sai and he is hoping to score a hat-trick.

A Report says, the film will be a patriotic movie and Sai Dharam will be seen in the role of Soldier.

regular shoot of the movie is expected to start from Feb.