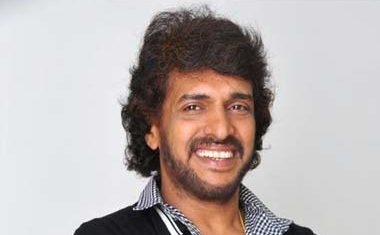 Upendra Rao born 18 September 1968 known mononymously as Upendra, is an Indian film actor, director, producer, screenwriter, lyricist and playback singer who works primarily in Kannada cinema. He started his career under actor and film director Kashinath, as a writer and an assistant director. His first directorial venture was Tharle Nan Maga (1992).

In the late 1990s he directed Om, which portrayed actual Bangalore gangsters, followed by A, which was his debut film as an actor. Upendra, his next film, starred Raveena Tandon, a Bollywood actress. After a decade of acting in Kannada, Telugu and Tamil films,he returned to the role of director with the multilingual movie Super, which was well-received critically and commercially.

.It was Upendra’s ambition to become a director, for which he first sought to assist director Kashinath. He started off as a director with a typical Kashinath style comedy called Tharle Nan Maga in 1992. The film introduced a famous comedian Jaggesh. The movie went on to be a runaway hit and has since achieved a cult following.

Upendra directed a horror suspense thriller next called Shhh! in 1993. The film featured his mentor Kashinath and a young producer and actor named Kumar Govind. The film was a major box office success and Upendra came out as an independent director. Shhh! is considered as one of the best horror / thriller movies in Kannada Cinema.

His next film was a gangster film called Om which was released in 1995. The film starred Shivrajkumar and also had real gangsters in its cast, and had a message of peace. Om became a blockbuster,and went on to be one of the highest grossing Kannada films of its time and made news at National Level. Upendra became an overnight star director.With Om, Upendra also introduced an actress from Coorg, Prema. Om was also remade into several languages – the Hindi version was called Arjun Pandit and had Sunny Deol playing Shivrajkumar’s role.

Upendra then turned towards a project of directing an extended version of the 1981 film Antha and he called it Operation Antha. The film had Ambareesh reprising his role from the earlier 1981 version Antha, as Kanwar Lal. The film contained revolutionary ideology and a strong feeling against corruption, where the protagonist is obsessed by the corrupt world and finds a way to change the system through extremist way. The film was much ahead of its time and hence was not very successful.However, it was controversial for its taunts on some real life political figures.

In 1998 Upendra directed A, through which he made a successful transition to acting.A was again a revolutionary film about exploring deeper meanings of love. The film had outrageous posters, even more outrageous dialogues, and a controversial storyline. The plot was of a director falling in love with his lead actress while filming, and then becoming dejected as she leaves him when she becomes successful. The film also dealt with dark truths of the film world, like the casting couch. Rumors were thick that it was Upendra’s own story, and the actress in the film portrayed his protege Prema. This only added to the popularity of the film and it broke many box office records upon release and went on to become one of the highest grossing Kannada films of its time.The film had a 175 days run in Karnataka was also dubbed to Telugu, and repeated its success in Andhra Pradesh too, where it had a 100 days run.The film won accolades from Bollywood personalities like Amitabh Bachchan and Anil Kapoor.Upendra was now a big name in Kannada cinema and was also popular in Andhra Pradesh.